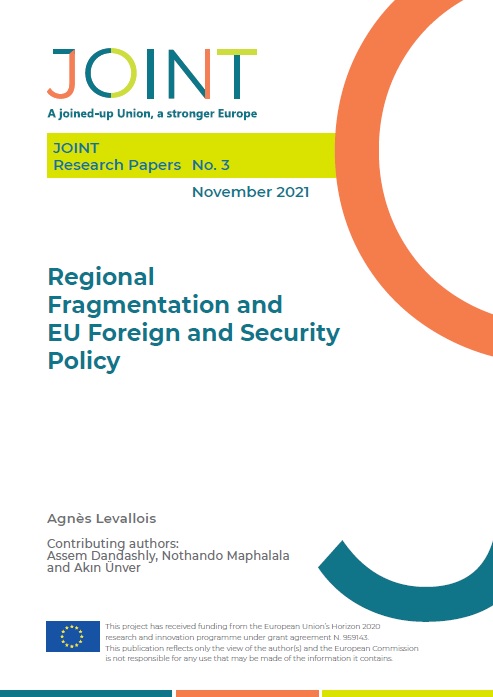 There is broad academic consensus on the fact that the fragmentation of regions presents a significant challenge for the EU. Fragmentation undermines the authority of central states, the EU’s most natural counterparts, and distributes it amongst a great number of actors – including non-state armed groups. To address fragmentation, the EU should increase coordination between actors (EU institutions and member states), integrate actions across different policy areas (security and non-security, external and internal) and engage with external players (multilateral organisations, global powers, regional and local actors).