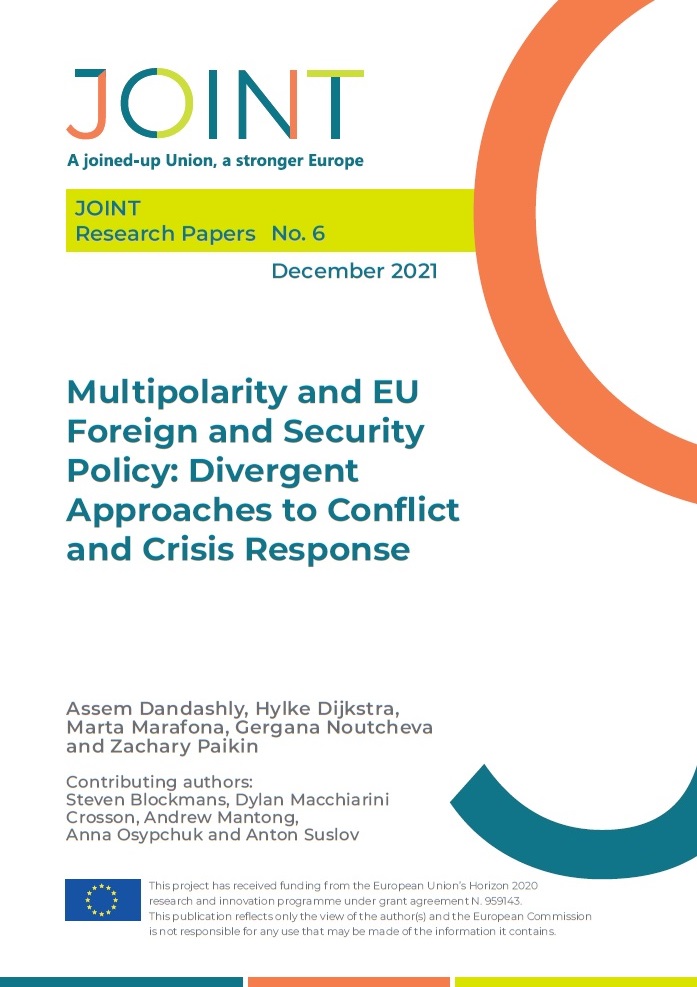 Growing multipolar competition affects the ability of the EU and its member states to formulate and implement common action on crises and conflicts. The effort by the “international community” to ensure global security and peace is weakening due to a divergence in the approaches to crises and conflicts by the major powers, which are often at odds with the EU’s integrated and normative approaches. The increasing involvement of a multitude of major powers and regional players directly affects the EU’s efforts to influence developments in specific regional settings. EU political leverage and/or normative appeal with local actors is eroding and the EU increasingly encounters (state-sponsored) contesters of its policies. At the same time, multipolar competition in crises and conflicts varies considerably across regions and the different major powers play very different roles. Future research should focus on how the EU can engage with different actors across crises and conflicts to mitigate the effects of multipolar competition.