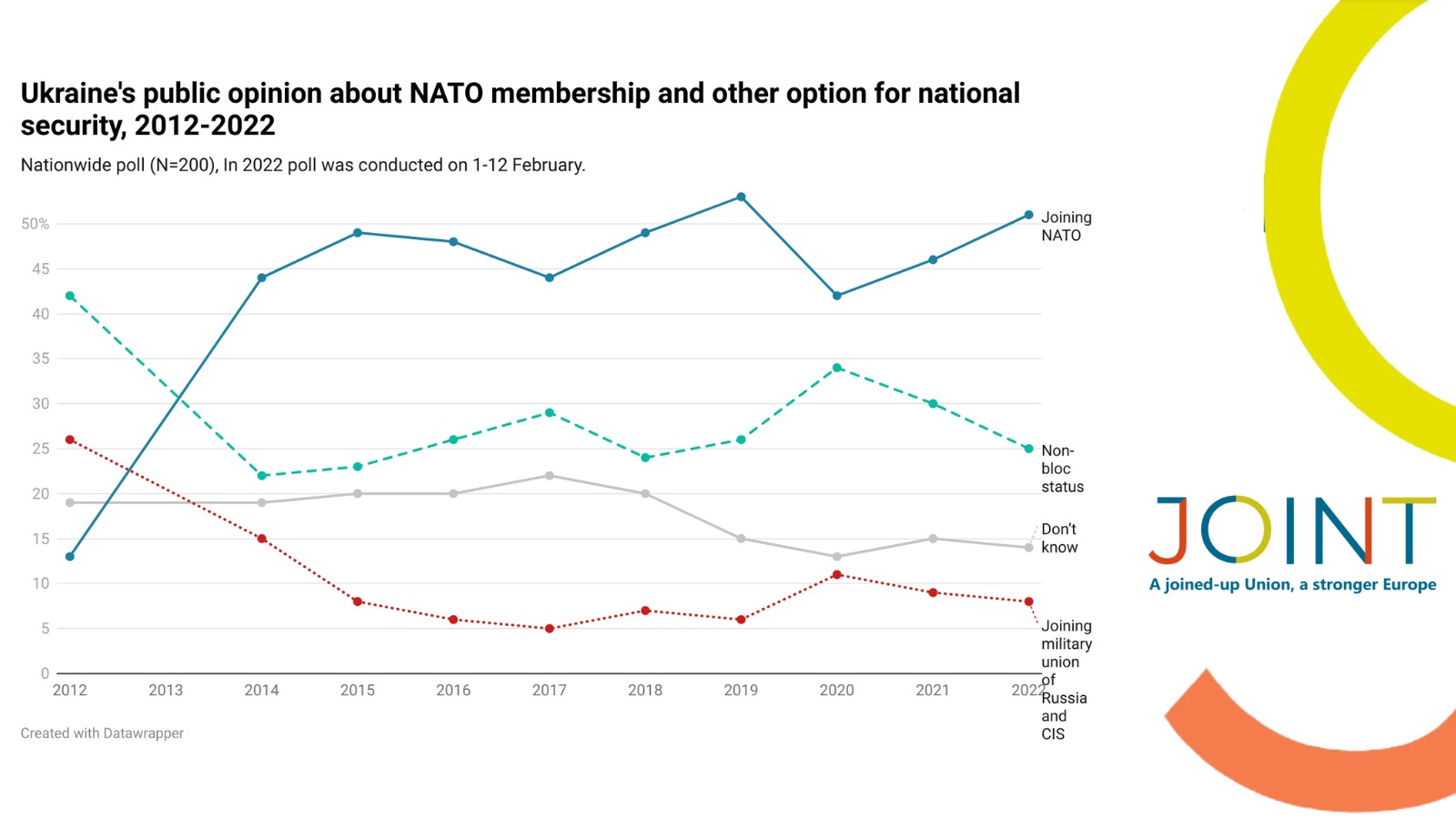 In this JOINT Brief, Olexiy Haran (National University of Kyiv-Mohyla Academy) and Petro Burkovskyi (Ilko Kucheriv Democratic Initiatives Foundation – DIF) analyse how dynamics in EU’s and Ukraine’s public opinion on each other as well as NATO have changed since 2014.

In February 2022, 48% of Ukrainians would either fight or assist the army if Russia attacked. Yet, most EU capitals believed that Ukraine would collapse in a week after full-scale Russia’s invasion and they were quite surprised by successful resistance. Russian aggression in the Donbas and open threats of invasion led to a strengthening of the unity of Ukrainian polity. Ukrainians have now a clear idea of who they are in a geopolitical sense and want their country to be a member of the EU and NATO.

Brief/ The EU as an (In)Significant Player in Libya by Jesutimilehin O. Akamo and Aude Thomas